The Benefits of Rest

The Benefits of Rest 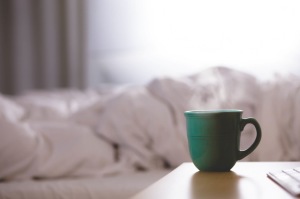 You’re certainly familiar with the after-effects of a lousy night’s sleep: fatigue, irritability and brain fog. You might also be aware that a lack of sleep is closely associated with lowered immune function; when you’re overly tired, so are your T-cells, the white-blood-cell warriors of your immune system. Prolonged fatigue reduces the function of these cells, leaving you not only more susceptible to catching a cold or the flu, but likelier to develop cancer, as well.

But it’s likely to come as a surprise that along with several other health hits:

–Chronic lack of sleep is quite possibly making it harder for you to lose weight, or even contributing to your weight gain to begin with.

It’s easy to understand two of the ways a bad night of sleep – or even worse, chronic insomnia or a habit of late nights/early mornings – can cause you to pack on the pounds. First of all, when you are tired and lagging, so is your willpower. It’s oh-so-easy to reach for a can of soda, a sugary, oversize muffin or a candy bar when your energy is at an end, but the clock still shows four more hours until your workday is through. Secondly, how likely are you to make that after-work spin class or early-morning power walk when your mind and body are crying out for rest? It’s no secret – too many days of relying on sugar to make up for a lack of sleep, combined with skipping out on exercise, leads to unwanted results when you step on the scale.

Sleep and Your Hormones

But the more powerful, and less understood, reason that too little sleep leads to too many pounds has to do with your hormones. Hunger is more complex than a simple lack of food in your belly. Your desire to eat and the cue that tells you when to stop are largely under the control of two hormones: ghrelin and leptin. Ghrelin stimulates hunger, while leptin makes you feel full. Recent research has shown that people who average six hours or less of sleep each night are around 30% likelier to become obese – and the reason why has to do with those two hormones. When you don’t get enough shuteye, your level of ghrelin shoots up while your level of leptin drops, leading to a fierce desire to overeat. The result? Pants that don’t button and discouraging numbers on the scale.

If you truly want to win the battle of the bulge, your bed is just as important as your refrigerator and your walking shoes. Make it a habit to log at least seven hours of sleep each night; you’ll feel better, you’ll look better, and you’ll function better.

This author hasn't written their bio yet.
tonya has contributed 41 entries to our website, so far.View entries by tonya

When it comes to losing weight, most people think of[...]

Getting a Good Night’s Sleep

You eat right. You exercise regularly. You visit your Beach[...]

Your email is safe with us.

Lose weight and feel great! Get the body you always wanted. Get Started